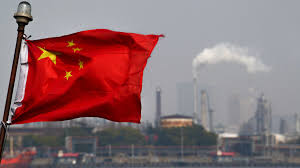 While oil has not been included on the list of bilateral tariffs, Chinese refiners have been staying away from buying crude from the US.

"We are one of the major carriers for crude oil from the US to China. Before [the trade war] we had a nice business, but now it's totally stopped," Xie Chunlin, the president of CMES, said on the sidelines of the Global Maritime Forum's Annual Summit in Hong Kong, as quoted by Reuters.

"It's unfortunately happened, the trade war between the US and China. Surely for the shipping business, it's not good," the CMES president said.

He added that the trade war was also forcing China to diversify its soybean supplies. Beijing is now buying most of its soybeans from South America.

China's crude oil imports from America reached an average of 334,880 barrels per day through August, making Beijing the second-largest buyer of US oil after Canada.