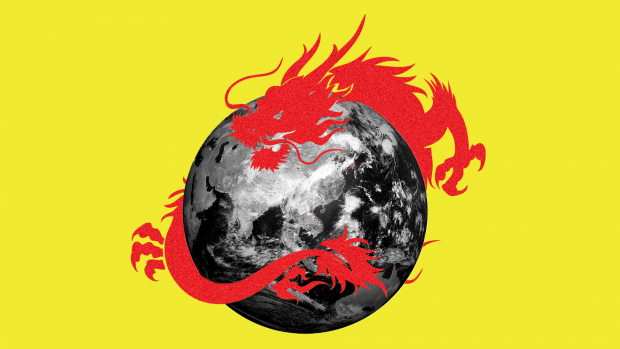 China's economic slowdown could be a key trigger of the coming global financial crisis, but one of its core drivers?—?China's dwindling supplies of cheap domestic energy?—?is little understood by mainstream economists.

All eyes are on China as the world braces itself for what a growing number of financial analysts warn could be another global economic recession.

In a BBC interview to mark the 10th anniversary of the global financial crisis, Bank of England Governor Mark Carney described China as "one of the bigger risks" to global financial stability.

The Chinese "financial sector has developed very rapidly, and it has many of the same assumptions that were made in the run-up to the last financial crisis," he warned:

"Could something like this happen again?… Could there be a trigger for a crisis?—?if we're complacent, of course it could."

Since 2007, China's debts have quadrupled. According to the IMF, its total debt is now about 234 percent of gross GDP, which could rise to 300 percent by 2022. British financial journalist Harvey Jones catalogues a range of observations from several economists essentially warning that official data might not reflect how bad China's economy is actually decelerating.

The great hope is that all this is merely a temporary blip as China transitions from a focus on manufacturing and exports toward domestic consumption and services.

Meanwhile, China's annual rate of growth continues to decline. The British Foreign Office (FCO) has been monitoring China's economic woes closely, and in a recent spate of monthly briefings this year has charted what appears to be its inevitable decline.

Last month, the FCO's China Economics Network based out of the British Embassy in Beijing documented that China's economy had "further softened… with indicators weakening across the board".

The report found that: "Investment, industrial production, and retail sales all weakened, despite easing measures"; and noted that high-level Chinese measures to sustain economic growth were running out of steam.

One analysis of this sort came from Wall Street veteran Mark Newton, former Chief Technical Analyst at multi-billion dollar hedge fund Greywolf Capital, and prior to that a Morgan Stanley technical strategist.