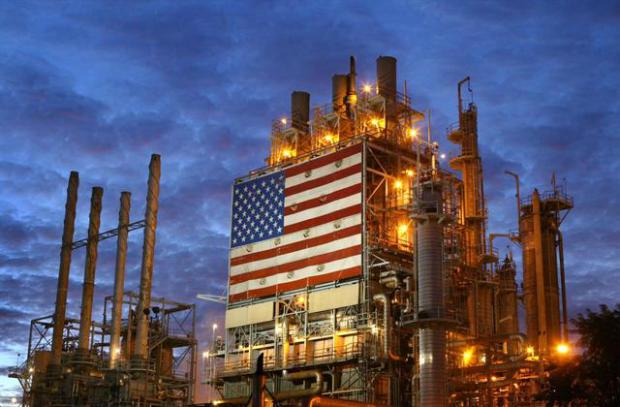 That more oil and natural gas are produced here, inside than the United States, than the Unites States needs for its own purposes – and that we sell the surplus to other countries?

Whatever happened to "Peak Oil"?

Weren't we supposed to be running out of oil?

They – the government and the mainstream press – have been saying just that since the early '70s and their saying so served as the justification for velocity rationing (the infamous Drive 55 national maximum speed limit law, which abused motorists for 20 years before it was finally repealed in the mid-'90s) and for CAFE – the federal law which imposes fuel rationing on the car industry. It is compelled – by regulatory fiat – to find ways to reduce fuel consumption because the government says we're about to run out of fuel.

Except that hasn't happened.

Easing of the regulatory burdens on domestic oil producers combined with new methods of extraction have increased the domestic oil supply to an excess of supply. Crude oil production has almost doubled since 2008, up from just over 5.1 million barrels per day to an astounding 9.2 billion barrels per day (see here). This is something the government and its media hyena chorus swore could never happen. Their mantra was that the U.S. is a spent hen as far as oil production is concerned and not only were we running out so was the world.

But things are no longer austere – so why the measures?

Because getting the government – and the mainstream press – to ever concede error or (in the case of government) close down or at least scale back whatever bureaucracy/regulatory regime was created to "solve" the no-longer-existing problem – is not unlike trying to get a duck to bark.

It is contrary to its nature.

This is why – at a time of oil abundance – the government is doubling down on its austerity measures. The fuel rationing regs – CAFE – are on deck to literally almost double, to 50-something MPG from the current 30-something.