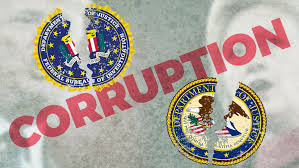 (Bloomberg) -- President Donald Trump has demanded the "immediate declassification" of sensitive materials about the Russia investigation, but the agencies responsible are expected to propose redactions that would keep some information secret, according to three people familiar with the matter.

The Justice Department, FBI and Office of the Director of National Intelligence are going through a methodical review and can't offer a timeline for finishing, said the people, who weren't authorized to speak publicly about the sensitive matter.

The White House issued a statement on Monday listing material that Trump wants declassified immediately, echoing demands of Republican lawmakers who share his contention that the continuing investigation into Russian interference in the 2016 election was tainted by anti-Trump bias well before Robert Mueller was named special counsel to run it.

Among Trump's demands was the full public release of all text messages concerning the Russia probe by Justice Department official Bruce Ohr and by several former officials, including two who were fired -- former FBI Director James Comey and his deputy, Andrew McCabe. One person described the order to release text messages as unprecedented, and another said additional talks will probably be held with the White House over the matter.

The Justice Department and FBI are expected to submit their documents and proposed redactions to the Office of the Director of National Intelligence, which will assemble all the material into a package and hand it over to the White House, according to the people.

While the agencies want to guard against revealing classified sources and methods about the ongoing Russia investigation, doing so could put them in direct conflict with Trump, who as president has the power to override the agencies and declassify material on his own.

It's too early to say if any officials would resign in protest should Trump do that, one person said. Trump could ask the agencies to go back and scrub the redacted material further.

Critics, including leading congressional Democrats, contend that Trump has crossed a line by ordering release of the documents in order to interfere with and undermine the Russia investigation in which he's a key figure.