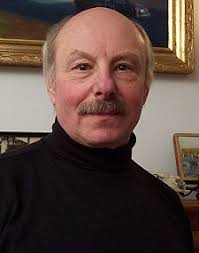 Robert Mueller's fishing crew was out trawling for Manafort, a blubbery swamp mammal valued for its lubricating oil when, by happenstance, a strange breed of porpoise called a Podesta got caught up in the net. Turns out it was a traveling companion of the Manafort. Back in 2014, the pair swam all the way to a little country called Ukraine via the Black Sea where the Podesta used some Manafort SuperLube on then-president of Ukraine, Victor Yanukovych.

The objective was to grease the wheel of NATO and the EU for Ukraine to become a member. But the operation went awry when Yanukovych got a better offer from the Eurasian Customs Union, a Russian-backed trade-and-security org. And the next thing you know, the US State Department and the CIA are all over the situation and, whaddaya know, the Maidan Square in Kiev fills up with screaming neo-Nazis and Mr. Yanukovych gets the bum's rush — and despite the major screw-up, the Manafort and the Podesta swim off with a cool few million in fees and return to the comforts of the swamp where they finally part ways.

Mr. Mueller is apparently concerned about just what happened with those fees. Possibly the loot ended up getting washed and rinsed through an international banking laundromat, and somehow went unreported to the federal tax authorities. Of course, the charge raises some interesting questions, such as: were Manafort and Podesta over in Ukraine as opportunistic freelancers, or were they part of phase one of a US government effort to get Ukraine to sign up for Team West against its old Uncle Russia, the manager of Team East? Kind of seems like that was exactly what they were doing, so it will be interesting to see whether Mr. Mueller may have stepped into a big pile of dog shit on his way to the Manafort plea session in federal court.

I like the theory that it suits Mr. Mueller's purpose to land the porpoise in his net of legal entrapment. After all, Tony Podesta of the swamp influence-peddling company called the Podesta Group is brother of John Podesta, once President Bill Clinton's Chief-of-Staff and more recently chairman of the 2016 Hillary Clinton presidential campaign. So Mr. Mueller can now brag that he is an "equal opportunity" fisherman for both Republican and Democratic species. The only problem is that the 2014 Ukraine monkey business is basically a sordid tale of the USA meddling in another country's election affairs, one which had quite a more severe effect on Ukraine and Russia than a handful of Russian Facebook trolls managed against the USA's 2016 election. Does anybody think that Manafort and Podesta were over in Ukraine without the knowledge of the US government? If so, we surely have the most incompetent intel community on earth. It will be interesting to see what kind of 'splainin' that will lead to in court. If Mr. Mueller's motive is to embarrass the Deep State, he's well on his way to mission accomplished.

A few other good-sized fish got trawled up the net along with Manafort and Podesta, namely the spiny bottom-feeders called Skadden, Arps, Slate, Meagher & Flom, who live on the K Street reef feeding on debris dropped from the mouths of the bull sharks feeding in the lagoon above. They're all flopping around on the deck of Mr. Mueller's trawler and one begins to think that the whole aquatic ecosystem is breaking down. If they're not careful, they could conjure up something like a red tide that will kill everything in the DC swamp.