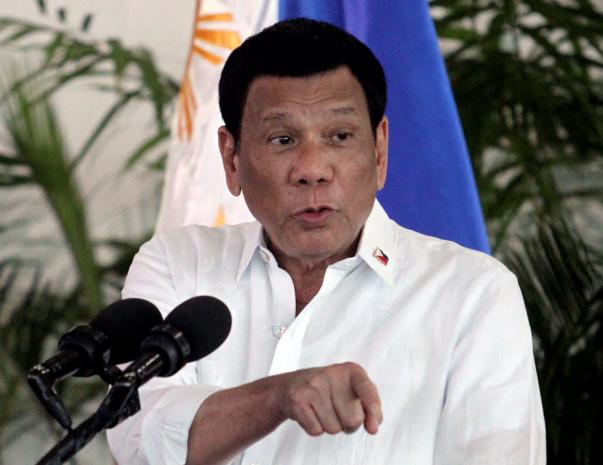 MANILA -- President Rodrigo Duterte on Tuesday challenged the Philippine military to remove him from office as speculation swirled about a hostile takeover attempt by the opposition.

"I'm leaving it to them," Duterte said of the military in an interview with his legal adviser, aired on the state broadcaster. "If you want another president, [it's] fine."

The military, which has a history of influencing politics, has denied any involvement in alleged moves to unseat Duterte. But speculation of opposition plans to oust the president is mounting amid a public backlash over his order to arrest Senator Antonio Trillanes, one of his most vocal critics.

Duterte voided Trillanes' amnesty deal granted under a previous government over his involvement in failed coup attempts a decade ago on technical grounds.

The arrest order emboldened Trillanes to increase his criticism of Duterte. Holed up in the senate building to avoid arrest, Trillanes said some military officers had given him documents that would dispute Duterte's order and that the president did not control the armed forces. On Tuesday, the Supreme Court denied the senator's plea to overturn the president's order.