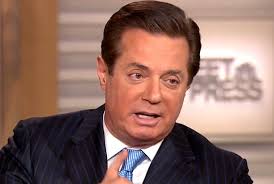 Federal Judge Amy Berman Jackson's decision to push back a scheduled pretrial hearing in the Manafort trial has raised suspicions that the onetime Trump campaign executive might be pursuing a plea deal with prosecutors after he was convicted of tax evasion and campaign finance violations last month.

Per the Washington Post, Manafort, 69, who is facing a potentially lengthy stay in prison, may be looking to cut a deal after President Trump has refused to confirm whether he would pardon Manafort after the trial - though Trump has famously praised Manafort for refusing to "break" during his trial, and even gone so far as to suggest that the DOJ shouldn't be allowed to flip suspects.

Sources "close to Manafort" told WaPo that his legal team recently engaged in negotiations with the special counsel's office over a possible plea agreement. The talks are still in their early stages and there is no indication that they will lead to a deal, but the idea that Manafort - who has adamantly refused to cooperate even as other Trump associates have agreed to turn state's evidence - would even consider "flipping" could indicate an important shift in his legal team's strategy. Manafort was convicted last month in Virginia of bank fraud and tax evasion. A mistrial was declared on 10 other counts, and prosecutors have dropped their prosecution.

But while the details of the negotiations aren't publicly known, reports that Manafort would even consider flipping could rattle the Trump administration.

Earlier this summer, Kevin M. Downing, an attorney for Manafort, said there was "no chance" his client would flip and cooperate with prosecutors.

However, Manafort's current willingness to engage in talks could rattle Trump, who in the past has praised his former campaign chairman for his unwillingness to cooperate with the special counsel.

Opening statements in Manafort's second trial, which will take place in a Washington court, are set to begin Sept. 24. He is facing charges of failing to register as a foreign lobbyist. The charges brought against Manafort stem from behavior that occurred before he joined the Trump campaign, and are primarily tied to his lobbying work for former Ukrainian President Viktor Yanukovich.