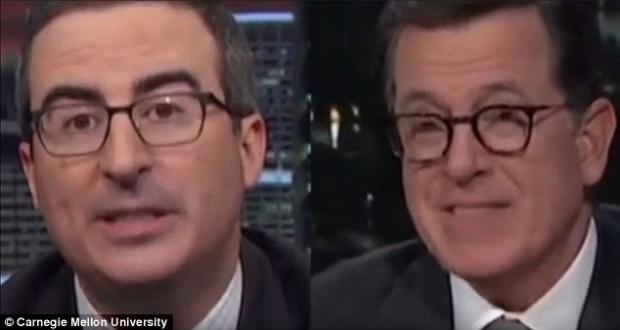 A creepy AI transfers the facial expressions of one person to another to create eerily realistic 'deep fake' videos.

The software accurately flips a segment of one video - such as the mouth of a character - to the style of another to create life-like fake clips.

A video produced by the team transferred the mouth movements of British comedian John Oliver onto the face of US talk-show host Stephen Colbert.

Researchers warned the technology could be used to create fake news clips that falsely put words into the mouths of politicians or other powerful figures.

Scientists at Carnegie Mellon University in Pittsburgh developed a new type of AI called a Recycle-GAN for their study.

It builds on a type of AI algorithm called a GAN, which stands for generative adversarial network.

GANs pit one AI against another, with the first generating new videos and the second one analysing and rating their quality before sending it back to the original bot.