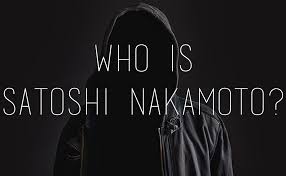 Some people have made good money buying and trading tokens. And on net, that's a good thing. Whether you're a trader or lucky hodler, you're contributing to human progress.

But it's not enough.

Satoshi Nakamoto did not write the seminal 2009 white paper in order to get rich. He (or they) wanted to commit arson against the old order; a rigged game. Satoshi sought to "change our relationship to power," as Brian Robertson might say.

In other words, it's time we put mission before money.

In an unpublished chapter of Holacracy, Robertson writes:

Perhaps this then is the next step for our current societal governance. Perhaps it's time to allow the centralized power of current governments to give way and dissolve, and allow new methods of achieving order to emerge from the ashes—ones that don't have legislators and regulators to buy, or the power to make aggression legal or peaceful exchange illegal. Ones that are themselves subject to the forces of evolution and selection based on the value they add, rather than holding themselves outside of that process as monopoly providers.

We should remember that with every trade, investment, or new line of code, we are doing more than benefiting ourselves. We are participating in a great open source project that will forever change our relationship to power.

And we need to build culture around that fact.

The Core Tenets of Decentralization

The Social Singularity is my contribution to building a decentralist culture. I figured we needed to start with a manifesto. Whether in this book or some other works, we have to develop and propagate our ideas, whether through film, art, or our version of scripture. After all, culture, rules and tools work together in co-evolutionary fashion toward societal change.