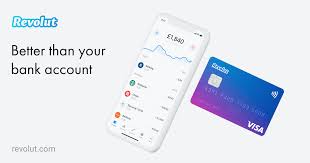 Digital bank Revolut is planning to expand its operations in America and Russia. Also, payment card provider Fuzex signs an agreement with Dash, a US-based startup offers an alternative to Telegram, and crypto firm Smart Valor receives approval as a financial operator in Switzerland. UK-based online bank Revolut has some serious plans for expansion this year which include North America and the Russian Federation. Its cofounder and CEO Nikolay Storonsky recently revealed that the waiting list in the US now numbers 60,000 potential customers. Storonsky announced the plans to launch in the United States and Canada during the Techcrunch Disrupt conference noting that his company intends to start issuing its cards no later than December.

Besides the debit card, Revolut offers through its app a checking account and the ability to transfer and spend fiat money globally using an exchange rate excluding forex fees. The service also features a crypto wallet and supports buying, holding and selling cryptocurrencies. The company claims the assets are kept offline, in a cold storage. In August, the digital bank launched a contactless card, Revolut Metal, which comes with higher withdrawal limits and offers cryptocurrency cash back on purchases.

Earlier this summer, this British startup with Russian roots announced its intentions to enter the Russian market, promising to issue multicurrency cards and offer low-cost, bank-free services by the end of 2018. The company plans to use the platform of the Russian payments processor Qiwi and abide by the local law which requires implementing identity verification procedures (KYC). According to media reports, Revolut's Russian card will support payments and transfers in 130 currencies and worldwide ATM withdrawals.

Fuzex to Add Support for Dash , the payment card project which chose bitcoin cash (BCH) as its base currency, has recently signed a Memorandum of Understanding with the Dash Core Group that will lead to the integration of the coin into its platform. The new Fuzex card supporting dash payments is expected in the fourth quarter of this year.