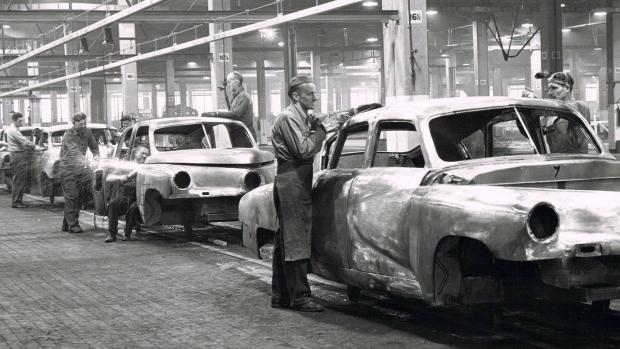 Preston Tucker had a radical idea. In the aftermath of World War II, when domestic automakers were peddling warmed-over versions of the same designs they'd been selling before the conflict, Tucker thought he'd launch an all-new car company. One dedicated to creating a vehicle that would feature advanced technology, life-saving safety enhancements, improved efficiency, new applications of aerodynamics, and a simple driver interface, all motivated by a cutting edge and untested powertrain.

Tucker was a gifted performer and an egomaniac who insulated himself from criticism by surrounding himself with acolytes. He knew how to manipulate the press (though it often bit back). He whipped potential consumers into a frenzy of pre-orders, receiving hundreds of thousands of requests and millions of dollars in deposits, for a car he had yet to design, let alone begin building. He commandeered the biggest factory in the world to build his dream, sized, in part, to match his megalomania.