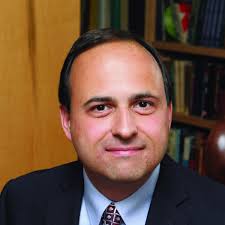 Get me off this planet.

There are people who believe that at the Brett Kavanaugh Senate hearing yesterday, a woman seated behind Kavanaugh made a "white supremacist" hand signal.

And then there are people like me, who think one would have to be completely tone-deaf and ignorant of American society and politics to entertain this thought for even a moment.

When such a person tries to deliver a public lecture, he is often shouted down and prevented from speaking.

When someone is identified with "white supremacy" he is demonized and ostracized, and his career is destroyed.

If we truly lived in a "white supremacist" society, wouldn't the term be a badge of honor rather than an act of professional suicide?

Unless you're a hypochondriac by temperament, therefore, I'd say you can safely go about your life as if such people do not exist.

Meanwhile, you can be one of the most bellicose members of the U.S. Senate in American history, urging war and destruction on a horrific scale, and America will come to a halt for ten days to mourn the passing of a great statesman — with even Bernie Sanders and Alexandria Ocasio-Cortez praising your statesmanship and decency, well beyond the perfunctory and customary messages of sympathy we might otherwise have expected.

ALERT: They're Getting Away With It?!