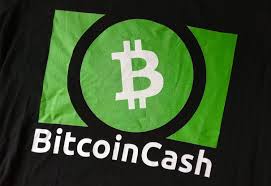 This weekend two exchanges have released details on how they will handle the November 15 Bitcoin Cash (BCH) hard fork if there happens to be a blockchain split. The exchange Coinex and the trading platform Bitasiaex have informed their customers how they intend to deal with the upcoming consensus changes.

Two exchanges have announced their plans concerning the Bitcoin Cash (BCH) fork planned for November 15. Over the past few weeks BCH proponents, developers, and miners have been discussing the fork coming up, but there's been a disagreement over the changes. The Bitcoin ABC development team has a different hard fork plan than Nchain's new client Bitcoin SV. Essentially if hash power decided to choose both versions there could be some incompatibilities and a blockchain split with no replay protection. However, some members of the community wholeheartedly believe there won't be a split, some believe there will and one chain will die off rather quickly, and others think things could end up like the Ethereum network fork, which also had no replay protection but both chains remained.

With all that's happening and even though the fork is still about two and half months away, two exchanges have come forward with their plans for the fork — Bitasiaex, and Coinex. The first exchange Coinex is often one of the largest bitcoin cash exchanges by volume because it offers BCH trading pairs and was launched by the firm Viabtc. Coinex says Nchain has recently announced the client Bitcoin SV and the exchange considers it an "altered version" of the Bitcoin Cash protocol. Following this statement, the firm explains it will do a snapshot of all BCH assets held on the trading platform on November 15 and everyone will get a 1:1 ratio if there is a split.