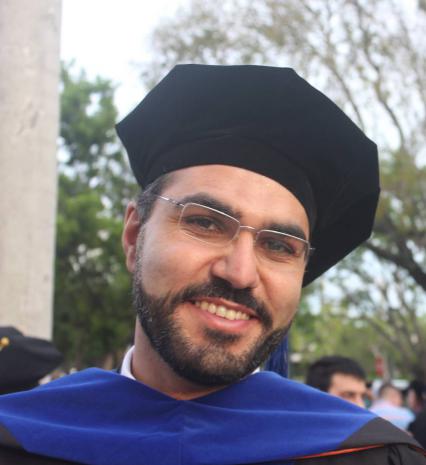 Saeed Moshfegh woke up earlier this month to discover the strangest thing: though he had plenty of money in his Bank of America account, he couldn't access it.

An Iranian getting his Ph.D in physics at the University of Miami, Moshfegh used the account for everyday transactions. All he had to do to maintain the account was show proof of legal residency every six months.

"I think it's onerous, but I'd been doing it," said Moshfegh, who has lived in the U.S. for the past seven years. He recently married an American.

That Thursday, Moshfegh went to his local branch near South Miami. He was told that the documentation he had provided could not be accepted. Bank officials insisted he produce a different form, according to Moshfegh. The bank was wrong, he maintains, because the form he had supplied was the correct one based on his current status as a student nearing graduation.

"This bank doesn't know how the immigration system works, so they didn't accept my document," said Moshfegh, 36.