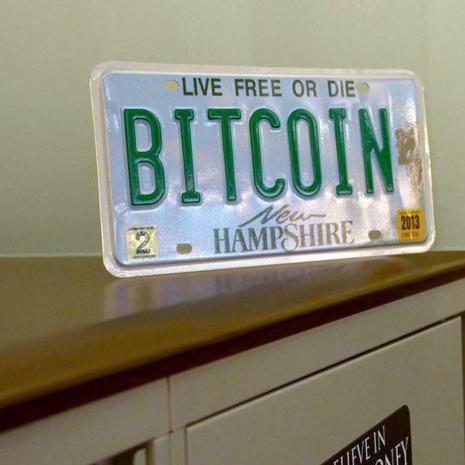 New Hampshire is well known for its large amounts of libertarian residents and many people consider it the 'free state' among all the other states in the US due to its freedom promoting activism. Moreover, cryptocurrencies are extremely popular in the area as there are many digital-currency-accepting establishments and BTMs in the region. This week the folks from the organization Free Keene launched a new website that creates cryptocurrency tips from bitcoin cash (BCH) and dash, making it easier for residents to tip people in sound money.

Lots of people from the free State of New Hampshire are big fans of the cryptocurrency revolution and believe that digital currencies can help separate money from the state. Last month news.Bitcoin.com reported on the many mom-n-pop shops in New Hampshire who are starting to accept cryptocurrencies thanks to the Free Keene crew. The organization managed to onboard a dentist, Indian restaurant, hair salon, and vape shop which joined the many businesses already accepting cryptocurrencies in the Keene area. Another thing free staters like to do is tip people in sound money by using tips in silver or cryptocurrencies as opposed to tipping people in fiat. Lots of Keene residents use to utilize a website called Bctip.org but when BTC fees went through the roof in December the platform stagnated.

So the host of the show Free Talk Live, Ian Freeman, reached out to the creator of Bctip.org because he was once an advertiser on the radio program. Freeman asked if he would integrate other cryptocurrencies and he said no but explained the website was open source. So Freeman partnered with Michael Hampton of Ringing Liberty who programmed a whole new tipping site from scratch but the platform works for bitcoin cash (BCH) and dash. The new application called Cryptotip.org did a small soft launch in public beta earlier in the year with just dash integration and now the site is live with bitcoin cash as the default option when creating new tips.