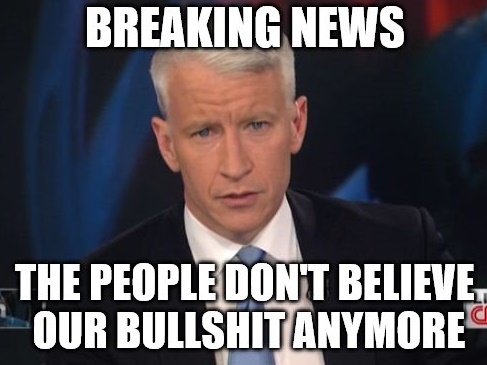 The scandal is exploding across the media, with the Washington Post and other media outlets now retracting their original reporting based on CNN claims — now proven false — that attempted to assert the President had prior knowledge of a Trump Tower "meeting with the Russians," an event that now appears certain to have been a deep state setup to ensnare Trump associates.

The journalistic lies of CNN and Carl Bernstein are so blatant and disturbing that even Glenn Greenwald, who helped break the Edward Snowden story, has published a scathing piece exposing the gross journalistic misconduct that now appears to be routine at CNN and other Trump-hating "news" outlets.

"CNN simply refuses to address the serious ethical and journalistic questions raised about its conduct," warns Greenwald at The Intercept. "The substance of the CNN story itself regarding Cohen – which made headline news all over all the world and which CNN hyped as a 'bombshell' – has now been retracted by other news outlets that originally purported to 'confirm' CNN's story," he writes.

At issue in all this is the CNN / Bernstein claim that Michael Cohen was not a source for their "bombshell" story which originally claimed that anonymous sources confirmed Cohen was aware of a Trump/Russia conspiracy and intended to deliver that information to Robert Mueller. This original story was heralded by CNN as a groundbreaking, Earth-shattering news item, and it was breathlessly repeated by thousands of news outlets, blogs and TV shows all around the world.