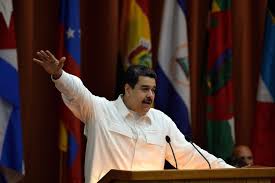 Political commentators have given their spin on the topic of Venezuela's economic crisis. To their credit, some of them get the surface level details correct on the contributing factors to Venezuela's collapse - destruction of civil liberties and property rights.

However, the mentions of Hugo Chávez's nationalizations of oil fields while correct, miss a key historical component - Venezuela had a nationalized oil industry before Chávez came into power. Venezuela's oil industry was nationalized during 1976 under the auspices of then President Carlos Andrés Pérez.

Chávez only expanded upon the previous interventionist projects that were laid out well before coming into power.

And this is not just nitpicking. To understand Venezuela's current collapse, we must have a clear picture of the past 60 years of Venezuela's political history.

There is no denying that Venezuela was more stable in the past decades, but the seeds of its very undoing were planted during those glory years. Ultimately, creation of the petro-state helped facilitate this decline.

Contrary to popular belief, Venezuela's previous prosperity was not just based on its oil endowments. From the early 1900s up until the 1960s, Venezuela enjoyed high degrees of economic freedom - low regulations, low taxes, sound property rights, and a stable monetary policy. These factors played a major role in cementing Venezuela's status as one of the richest countries in the 1950s on a per capita basis.

But several troubling trends emerged after 1958, when Venezuela returned to democracy. First, the Venezuela government established a new constitution which granted the State considerable powers over economic affairs. This political order would be cemented through the Punto Fijo Pact — a bipartisan agreement between the two political parties Acción Democrática (Democratic Action) and COPEI (Christian Democrats).