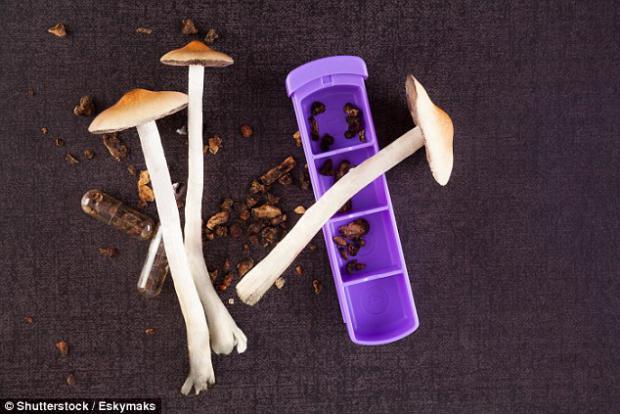 Psilocybin is one of several psychedelic drugs that have recently reemerged from the shadows as they show promise to treat mental illnesses and addictions.

The Peter Thiel-backed health and life sciences startup, Compass Pathways, is the latest to test the 'brain-resetting' power of the schedule I drug on patients.

Already approved in three other countries, the first wave of the trial is set to begin in the UK later this month with studies in Canada, the Netherlands and the US to follow.

Psychedelics may be the latest novel approach to mental health making headlines, but they are far older than the most widely accepted treatments for illnesses like depression and anxiety.

Portrayals in stone carvings and rock paintings that predate recorded history suggest that people discovered the hallucinogenic powers of 'magic' mushrooms as early as 9000 BC.

The fungi were once the center piece of religious ceremonies, but in 1959, a chemist at the pharmaceutical company, Albert Hofmann, was able to identify and separate out the psychoactive compound in mushrooms: psilocybin.