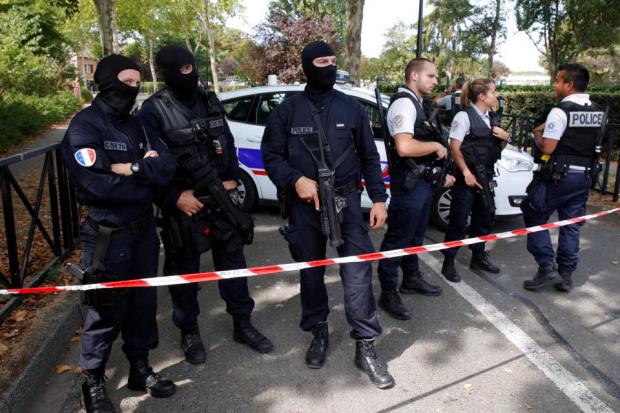 ISIS has claimed responsibility after a man with "psychiatric problems" stabbed his own mum and sister to death in Paris this morning.

Cops gunned down the attacker shortly after he killed the two women and left another seriously injured on rue Camille Claudel, in the suburb of Trappes.

French Interior Minister Gerard Collomb told the 36-year-old attacker, who bolted himself into his mum's house after the rampage, had "serious psychiatric problems".

Collomb added: "He was known [to police] for advocating terrorism.

"But it seems he was a disturbed person rather than someone who could respond to calls for action from terrorist organisations like Daesh [ISIS]."

He said counter-terror prosecutors were not in charge of the probe at this stage but are following it closely.

The attacker was shot dead after he ran at elite officers surrounding the house in a "threatening way", according to Collomb.

Dozens of radicalised youths from the same low-income town of 30,000 are said to have fled to Syria to join ISIS.

All this came just hours after ISIS leader Abu Bakr al-Baghdadi urged his supporters to attack the group's enemies everywhere in an unverified audio recording.