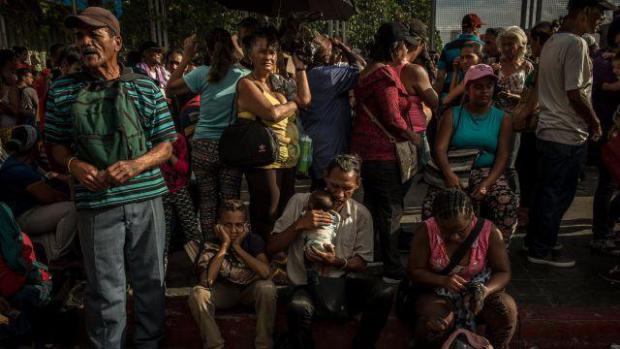 The tactics have left Venezuelans like Yosmar Nowak, the owner of a coffee shop in Caracas, convinced that there is no solution in sight and that the government cannot even bring down the price of a cup of coffee, an eye-watering 2 million bolivars.

"I imagine if we keep like this we're going to have to do the same thing in December," said Nowak, who has been forced to raise prices in her cafe at least 40 times this year.

Slashing zeros from Venezuela's inflation-cursed currency, the bolivar, is the tent-pole of a set of economic changes by President Nicolás Maduro as he tries to right his country's capsized economy. The five-digit inflation has earned Venezuela comparisons to the hyperinflation of Zimbabwe and Weimar Germany from the International Monetary Fund.

The newly minted currency, which will be known as the "sovereign bolívar," will be rolled out Monday. In addition, the president has ordered measures his United Socialist Party has been loath to consider in the past: An increase in gas prices for some drivers and a modest ease in the currency controls that have made dollars inaccessible to most Venezuelans for years.