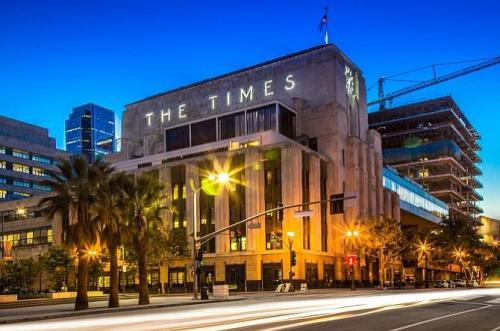 Calling the Globe's campaign "groupthink," the Times writes that while they may agree with the anti-Trump sentiment, they "would not want to leave the impression that we take our lead from others."

Each of the papers will publish editorials — their own separate editorials, in their own words — defending freedom of the press.

The Los Angeles Times, however, has decided not to participate. There will be no free press editorial on our page today.

This is not because we don't believe that President Trump has been engaged in a cynical, demagogic and unfair assault on our industry.

Even when we do agree with another editorial page — on the death penalty or climate change or war in Afghanistan, say — we reach our own decisions and positions after careful consultation and deliberation among ourselves, and then we write our own editorials. We would not want to leave the impression that we take our lead from others, or that we engage in groupthink.