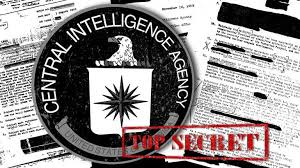 John Greenewald of Black Vault, a website that publishes government documents, appealed to the internet for help after the agency refused to waive the $425 fee it was demanding to release the documents. Greenewald, who has been filing FOIA requests for two decades, had previously published files on MKUltra, a program best known for dosing individuals with drugs like LSD to research mind control. The program was shut down, and the documents were reportedly destroyed in 1973 at the order of then-director Richard Helms, but some were eventually released.

Greenewald filed his first request for the documents in the late '90s and says he didn't hear back for years. In 2004, the CIA released some relevant documents to him via CD-Rom, which he published, but years later, he discovered thousands of pages were missing.

"So, even though I paid for the CDs already, and they gave me an index originally stating that 100% of those records were on the CD-ROMs, they in fact, were not," he said in his GoFundMe appeal.