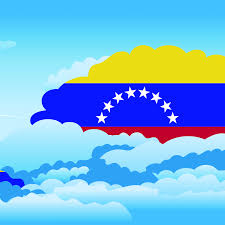 A member of the Venezuelan National Constituent Assembly has reportedly revealed that the assembly is preparing a reform to the country's Constitution that includes a central bank for cryptocurrencies. This follows the Venezuelan government's latest effort to tie the new bolivar currency to the petro.

Hermann Escarra, a member of Venezuela's National Constituent Assembly, has revealed the assembly's plan for cryptocurrencies in an interview with Reuters in Caracas on Thursday. He divulged:

The National Constituent Assembly of Venezuela…is preparing a reform to the Constitution that would include a central bank for crypto-assets and a superior court to the Supreme Court of Justice.

Reiterating that the central bank for crypto will be incorporated, he elaborated, "There will be the central bank with its functions in exchange, monetary and financial policy." He also emphasized that, as part of the reform, "a court will be created that will be above the supreme court."

Hermann Escarra in an interview with Reuters. Photo credit: Reuters.

In May last year, Maduro called for a constituent assembly to draft a new Venezuela Constitution to replace the 1999 Constitution of his predecessor, Hugo Chávez. The Constituent Assembly elections were held on July 30 last year. However, "The assembly was controversial from the start, with opposition activists denouncing it as unconstitutional while its supporters argued it would bring peace to the polarised South American nation," the BBC detailed.