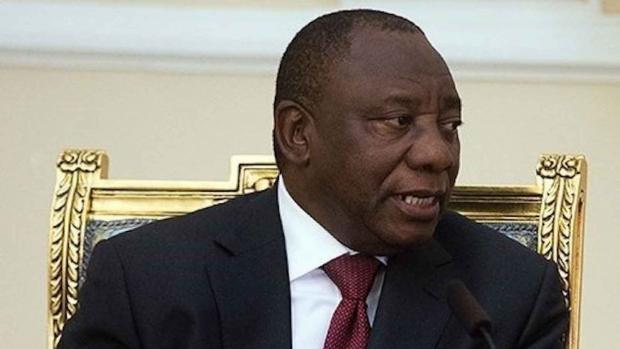 "Strongman politics are ascendant," Barack Obama warned in South Africa. He spoke passionately about "the politics of fear and resentment" at the Mandela Lecture. He worried that we were entering a world, "where might makes right and politics is a hostile competition between tribes and races and religions."

While the media used the remarks to attack Trump's meeting with Putin, Obama had shared a stage with South African President Cyril Ramaphosa who had come to power promising to seize land from white farmers. Ramaphosa was the latest in a series of ANC strongmen, including his predecessor, an alleged rapist, beginning with the Communist terrorist whose legacy Obama was commemorating.

President Ramaphosa had vowed early on to seize land from white farmers without compensation.  "The expropriation of land without compensation is envisaged as one of the measures that we will use to accelerate redistribution of land to black South Africans," he had declared. And denied that such racist Communist tactics were unconstitutional. Now he's moving to modify South Africa's constitution.

"It has become pertinently clear that our people want the constitution to be more explicit about expropriation of land without compensation," President Ramaphosa announced.

When your only rule is mob rule by ANC thugs, it doesn't really matter what a piece of paper says.

"We will accelerate our land redistribution programme not only to redress a grave historical injustice, but also to bring more producers into the agricultural sector and to make more land available for cultivation," Ramaphosa claimed in his State of the Nation address.

Zimbabwe had already made great strides in improving agriculture through land seizures.

Land was stolen from the farmers who knew how to work it and handed out to politically connected thugs. Soon the former "bread basket" of Southern Africa was starving. Black groups pleaded with the white farmers to remain. Rural Zimbabwe died. Hyperinflation made the currency worthless. A trillion dollars might not be enough to buy one egg. A former food exporter was forced to rely on food aid.

Will The New Ebola Epidemic In Africa Soon Become The Next Global Pandemic?