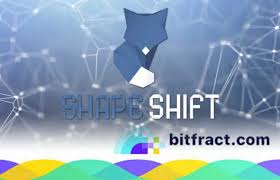 In today's edition of Bitcoin in Brief we cover stories about Shapeshift acquiring Bitfract, Bitmain investing in Tribeos, a dozen regulators from around the world setting up a global fintech sandbox and an ICO mogul reportedly buying a soccer team.

Shapeshift AG has announced the acquisition of Bitfract, an Austin, Texas-based software firm which recently developed a service that allows users to swap from one cryptocurrency to many in an instant. Following the sale, the tool will be maintained and continue to operate, and the functionality that the platform provides (multiple output transactions) will be incorporated into Shapeshift's core platform in the near future.

"The Bitfract team made expert use of ShapeShift's open API to build a product that we ourselves were planning to build," said Erik Voorhees, Founder and CEO of Shapeshift. "This demonstrated a great alignment of strategy and thinking, and their execution was so exceptional that we wanted to bring their talented team and technology on board." Willy Ogorzaly, Co-Founder and CEO of Bitfract, added: "When Erik asked if we wanted to join ShapeShift, the answer was immediately yes. We believe in a decentralized future where individuals freely control their digital wealth, and our team is honored to work alongside Erik and everyone at ShapeShift to make this a reality."

Bitmain Technologies Ltd., the Beijing-headquartered bitcoin mining hardware developer, made a $3 million seed investment in Tribeos – a digital advertising platform built on Bitcoin Cash (BCH). Funds are meant for building out the company's core team and final development of the ads marketplace, scheduled to launch in 2019.

CEO Matt Gallant commented: "When industry leaders like Bitmain invest in a blockchain-based advertising platform like tribeOS, it signals a paradigm shift, not only in ad tech, but for the entire online advertising industry." He added: "Every company doing online marketing has lost considerable amounts of money to scammers on digital advertising platforms. Fortunately, we now see a growing awareness about ad fraud. It's about time. This has been an invisible crime for far too long. Platforms like ours will mean that the world's value creators will no longer need to fight their way to sustainability, hoping to be one of the fortunate few who survive. tribeOS will end ad-fraud, allowing advertisers to find their audience quickly."