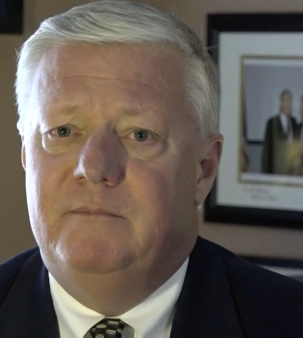 A retired FBI counterterrorism agent with a notable role in the story of 9/11 says the FBI's Office of the General Counsel told him not to cooperate with attorneys representing 9/11 victims in their suit against the Kingdom of Saudi Arabia, because it could harm U.S.-Saudi relations.

In an exclusive interview with 28Pages.org, Kenneth Williams, author of an ignored July 2001 memo warning that Osama bin Laden may be training pilots in the United States, explains why he has now decided to ignore the FBI's instructions, and illustrates how the failure to share critical information continued into the 9/11 investigation—possibly to the benefit of the kingdom.

The 9/11 plaintiffs—family members, survivors and insurers—allege that officials of the Saudi government provided financial, logistical and other support to the perpetrators of the attacks.

After being contacted by their attorneys in October of last year, Williams notified the FBI legal counsel in Phoenix, where he spent his career. Days later, he received a call from an attorney at the Office of the General Counsel whose name he does not recall.

"She said they didn't want me to cooperate with the plaintiffs' attorneys because it could impact other pending litigation involving the United States government…and because…the Trump administration was trying to develop good relations with the Saudi government," he says.

At the time, the FBI general counsel was James A. Baker. He was reassigned to other duties in December 2017 and left government in May of this year.