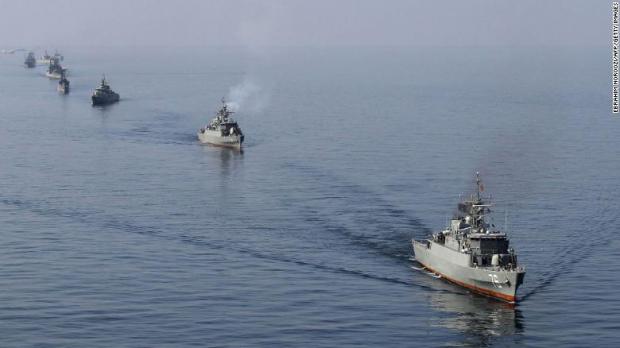 Washington (CNN)Iran's Islamic Revolutionary Guard is expected to soon begin a major naval exercise that could demonstrate its ability to shut down the Strait of Hormuz, a crucial conduit for global energy supplies, US officials say.

The exercise in the Persian Gulf could begin as soon as the next two days, according to two US officials directly familiar with the latest assessment of the Revolutionary Guard's troop movements.

"We are aware of the increase in Iranian naval operations within the Arabian Gulf, Strait of Hormuz and Gulf of Oman. We are monitoring it closely, and will continue to work with our partners to ensure freedom of navigation and free flow of commerce in international waterways," Capt. William Urban, chief spokesman for US Central Command, told CNN.

The Strait of Hormuz links the Persian Gulf to the Arabian Sea. The US Energy Information Administration calls it "the world's most important oil transit chokepoint," with 20% of oil traded worldwide moving through the waterway, which is about 30 miles wide at its narrowest point.

While the US sees no immediate signs of hostile intent from Iran, the Islamic Revolutionary Guard's (IRGC) show of force has US military intelligence deeply concerned for three fundamental reasons, according to officials:

The exercise comes as rhetoric from the IRGC towards the US has accelerated in recent days.

It appears the IRGC is ramping up for a larger exercise this year than similar efforts in the past.

The timing is unusual. These types of IRGC exercises typically happen much later in the year. 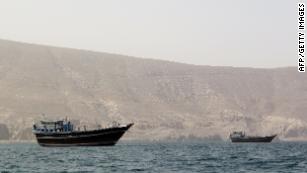 As of now, the US assesses the IRGC has assembled a fleet of more than 100 boats, many of them small, fast-moving vessels. It's expected Iranian air and ground assets including coastal defensive missile batteries could be involved.

Hundreds of Iranian troops are expected to participate and some regular Iranian forces could be involved as well.