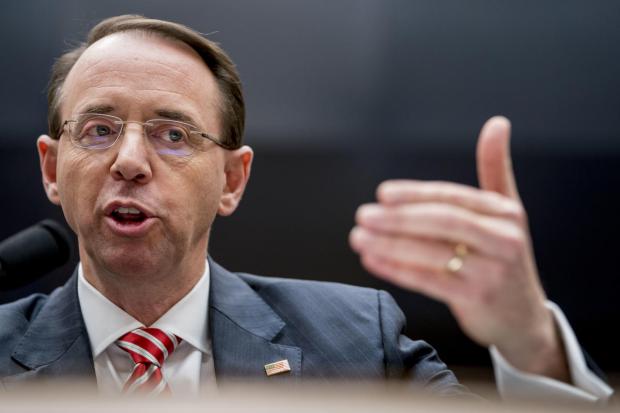 Rosenstein has obstructed Congress at every turn and sicced Robert Mueller on President Trump.

But Congress has had enough and is about to give Rosenstein and his Deep State allies some very bad news.

For months, Rosenstein has obstructed Congress's investigation into the FBI and Obama administration's abuse of spying during the 2016 Presidential election by slow-walking document requests.

Rosenstein even had the nerve to declare that Congress exercising its Article I oversight authority was "extortion."

Trump supporters – and the President himself – are frustrated that Trump can't fire Rosenstein because of the Mueller probe.

Sacking Rosenstein would give the swamp the excuse necessary to move against the President and falsely claim Trump was abusing his power and start impeachment proceedings.

But that doesn't mean Rosenstein is free and clear.

Conservatives in the House of Representatives are fed up with Rosenstein running interference for the Deep State and are preparing to make their move.