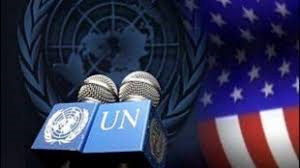 Writer Paul Joseph Watson took a U.N. study published in 2000 calculating several possible scenarios for the evolution of the population of various countries with low fertility rates and then declared this was a "UN plan" that got "revealed" somehow in 2018. It obviously is not.

The story originated from an article published by Infowars on July 24, 2018 titled "Revealed: UN Plan to Flood America With 600 Million Migrants" (archived here) which opened:

A 2001 UN strategy document is getting fresh attention in light of the migrant crisis because it outlines the need to flood America and Europe with hundreds of millions of migrants in order to maintain population levels.

Entitled Replacement Migration: Is It a Solution to Declining and Ageing Populations?, the plan seeks to "offset population decline and population ageing resulting from low fertility and mortality rates."

It contends that mass migration to the west is needed for governments to maintain "many established economic, social and political policies and programmes".

The strategy document sets out six potential scenarios for each country or region of the world necessary to meet this goal.

Under the most severe scenario, large numbers of migrants will be required to "maintain the potential support ratio" (of a population) at the highest level.