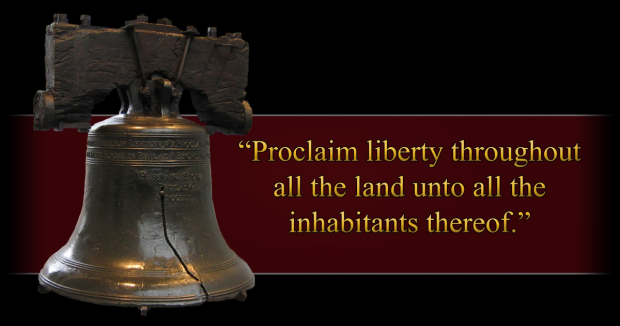 Imagine a fish in the deep blue sea. This fish is on a personal quest to discover water. He's heard about it and all of its wonders, but has never actually seen it. He's devoted his life to someday finding this glorious water.

All the while, our hypothetical fish is immersed in the very thing that he seeks. The water surrounds him, flows through his gills, and is a part of his very physical being.

Now let's take a human being and his quest to discover Liberty. He's never seen this Liberty that people speak of, but he's devoted to climbing every mountain, if he has to, in order to find it.

All the while, our hypothetical human is immersed in the very Liberty that he seeks! It's built-in to his very essence! He doesn't have to go anywhere. It's right here, and right now!

Were all the powers of electricity present during the times of Ancient Greece or Ancient Rome? Of course they were! They just weren't discovered yet, and because of that, were never able to be put to use.

Once the powers of electricity were discovered, even though they always existed, the entire world lit up!

Liberty was discovered long ago. No one living today can claim to be the first to find out that we are inherently free. In fact, the Declaration of Independence listed "Life" and "Liberty" as self-evident and inherent truths. These do not come from other human beings, but are a part of the very essence of every single one of us.

However, just because Liberty was discovered as a part of our very nature, doesn't mean that it has been generally accepted. Our freedom includes the ability (if we so choose) to try to deny and even fight against it.

For many, it is easier and more comforting to pretend that they are not free individuals. They use their Liberty to deny their Liberty.

As individuals we're each tasked with choosing our own path. Much as electricity has the power to be constructive or destructive, so does Liberty have a proper use.

What is the proper use of Liberty?

No individual has the right to use aggressive force against another. In libertarian lingo, this is knows as the "non-aggression" principle. Force is for self-defense purposes only. No one can rob, steal, cheat or kill. Doing these things are a misuse of Liberty, just as burning a city down is the misuse of electricity.