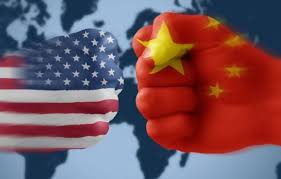 One of the key features of Trump's newly proposed $200BN in 10% tariffs on Chinese exports, is that Beijing simply has no way to retaliate proportionately: after all the US does not export that much to China. That does not mean that Beijing is limited in its reactions: as we discussed last night, Beijing may simply increase the rate on existing tariffs, or expand quantitative tariffs to "qualitative" as Barclays suggested on Monday, or of course pursue even more drastic measures such as devaluation or dumping US assets.

And, as the WSJ writes, China is now contemplating precisely such an approach, and is planning to hit back at Trump "in other ways", such as holding up licenses for U.S. firms, delaying approval of mergers and acquisitions involving U.S. companies and ramping up inspections of American products at borders.

While a Commerce Ministry statement on Wednesday described Beijing as "shocked" by the U.S. action and said China "has no choice but to take necessary countermeasures", behind the scenes officials have described the mood as more cautious.

Specifically, senior Chinese officials are weighing how far to press the retaliation without hurting other national interests. The retaliatory measures are the kind of nontariff barriers that U.S. and European businesses have long complained about, and Beijing is actively courting allies in Europe and elsewhere to fight what officials call U.S. "trade bullying."

China also needs the U.S. for more than just trade. "The U.S. is not China's enemy as both countries face many common challenges," said one of the officials, listing climate change, terrorism and other problems. And the tariff battle threatens to sap an already weakening Chinese economy.

The WSJ also reports that in recent days China's Vice Premier Hu Chunhua, who oversees foreign investment, has instructed local governments to gauge how the biggest round of U.S. tariffs to date — 25% duties on $34 billion of Chinese goods imposed on Friday — is affecting American businesses operating in China.

In particular, authorities are looking for signs of U.S. companies potentially moving facilities out of China, the officials said. That would be a blow to Beijing's effort to attract foreign capital and keep people employed at a time of gathering economic gloom.

Of course, the opposite is also true: China is now pushing to get more US production in China, as Elon Musk's impromptu trip to Shanghai where he allegedly secured commitment to build a Tesla factory in the next 2 years, has shown.

Meanwhile, Liu He, President Xi Jinping's top economic envoy, instructed a group of prominent Chinese economists to hold a roundtable discussion on the impact of a trade war with the U.S. on the Chinese economy.

Some of the economists, members of the China 50 Forum think tank that Mr. Liu founded, expressed concerns that the trade brawl could embolden state companies with a stake in the status quo to try to block market-opening reforms Beijing is planning, according to people briefed on the event.

It is worth noting that so far, authorities have avoided aggressively going after American businesses, or fanning overt nationalist sentiment to get the nation's 1 billion-odd consumers to boycott American products (except the occasional Michelle Obama quote of course).