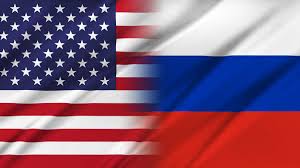 Whether this is a coordinated response is unclear - and certainly on a much smaller scale - but Bloomberg reports that Russian Prime Minister Dmitry Medvedev signed a decree this morning imposing higher tariffs on U.S. products in retaliation for U.S. duties on metals imports, according to Economy Ministry statement.

Reuters reports that Russia's additional duties will apply to imports of fiber optics, equipment for road construction, oil and gas industry, metal processing and mining, according to an economy ministry statement.

Russia will impose duties on goods which have Russian-made substitutes, Economy Minister Maxim Oreshkin is quoted as saying in the statement.

"The compensation measures will be applied in the form of additional, higher rates of import duties ranging from 25% to 40% of the price of imported goods. Duties will be imposed on some U.S. goods, the analogues of which are produced in Russia. In particular, the measures cover some types of road construction equipment, oil and gas equipment, metalworking machines, rock drilling equipment, and optical fiber," Minister Maxim Oreshkin said as quoted by the ministry.

"The financial damage inflicted on Russian exporters by the U.S. trade restrictions amounts to $537.6 million. This is the amount of additional duties that Russian suppliers have to pay in the U.S.

The current increase of duties allows us to compensate for only part of the damage amounting to $87.6 million. This is compensation that Russia has the right to recover under the WTO rules," he said.

Russia will be able to compensate for the remaining part in three years since the introduction of the U.S. duties or after approval of the WTO dispute settlement body if it finds the U.S. restrictions violating the organization's rules, the ministry said.

Makes you wonder how long Russia will stay with WTO - just like Trump - if this is all the response "you're allowed."