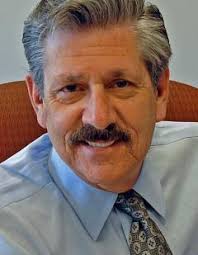 For most of the last three centuries, the ideas of liberty and democracy have been intertwined in the minds of both friends and foes of a free society.

The substitution of absolute monarchies with governments representative of the voting choices of a nation's population has been considered part and parcel with the advancement of freedom of speech and the press, the right of voluntary and peaceful association for political and numerous social, economic, and cultural reasons, and the guarding of the individual from arbitrary and unrestrained power.

But what happens when an appeal to democracy becomes a smokescreen for majoritarian tyranny and coalition politicking by special interest groups pursuing privilege and plunder?

Friends of freedom, including many of those who strongly believed in and fought for representative and democratically elected government in the 18th and 19th centuries, often expressed fearful concerns that "democracy" could, itself, become a threat to the liberty of many of the very people that democratic government was supposed to protect from political abuse.

The Tyrannies of Minorities and Majorities

Mill also was insistent that while democracy historically was part of the great movement for human liberty, majorities potentially could be as dictatorial and dangerous as the most ruthless and oppressive kings and princes of the past. At moments of great collective passions and prejudices, individual freedoms of speech, the press, religion, association, and private property could be voted away, reducing the isolated person to the coerced pawn and prisoner of the political system because of sheer numbers in an electoral process. (See my articles "John Stuart Mill and the Three Dangers to Liberty" and "John Stuart Mill and the Dangers of Unrestrained Government.")