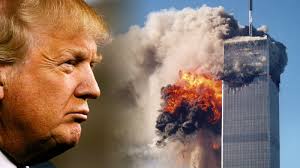 President Trump is prepared to go beyond exposing Special Counsel Robert Mueller's 9/11-Saudi cover-up by releasing new information on how the Bushes and Clintons were also involved, according to high-level government sources.

In short, Mueller's role in covering up Saudi Arabia's ties to 9/11 is just the tip of the iceberg; Trump is set to expose even more collusion by the deep state, according to officials who spoke to Infowars.

Trump has previously criticized former President George W. Bush for his actions prior to and during the 9/11 attack.

"I lost hundreds of friends, the World Trade Center went down during the reign of George Bush," then-candidate Trump said during a debate in 2016. "He kept us safe? That is not safe."

Months later, the House Intelligence Committee released a redacted version of the once-classified 28 pages from the Congressional Joint Inquiry into the 9/11 Commission report.

While redacted in places, the 28 pages did reveal some bombshell information.

"While in the United States, some of the September 11 hijackers were in contact with, and received support or assistance from, individuals who may be connected to the Saudi Government," the report reads. "There is information, primarily from FBI sources, that at least two of those individuals were alleged by some to be Saudi intelligence officers."

Trump is threatening to release the information that was possibly redacted or perhaps even new documents completely unknown to the public.

Interestingly, the purge within Saudi Arabia during Trump's first year in office removed many Saudi allies of the Bush and Clinton families.

The purge against "corrupt royalty" by King Salman targeted 10 princes and 38 senior cabinet members, and interestingly Saudi Arabia reportedly accounted for 20% of Clinton's campaign funding in 2016.

Additionally, an attorney for 9/11 victim's families, Jim Kreindler, said the rush to war with Iraq necessitated the cover-up of the Saudi connection to 9/11, and Mueller was instrumental in making this happen.