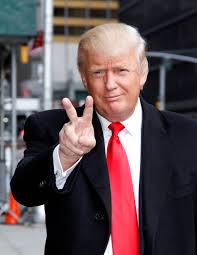 There's never a dull moment with the Trump administration, which means: never a moment of rest for the War Party. Trump keeps throwing fast balls at the pundits and assembled "experts," and they keep striking out, bigtime, as the ball whizzes past their heads and lands, with a thwack!, in the catcher's mitt.

First it was the meet up with Korean leader Kim Jong-un. The media and their attendant policy wonks weren't ready for Singapore, where the President gave Kim a glimpse of what his country could achieve if it would only come in from the cold and allow the warm embrace of the international community. And while the North Koreans have repeatedly pledged to give up their nukes, that's not good enough for the universally negative "experts," some of whom aren't experts at all but merely former bloggers with history degrees. Now they're citing fake news from NBC claiming that no less than eight anonymous "US officials" have stated that the North Koreans are covertly building up their nukes at a super-duper top secret site and it's all a commie trick to – do what? Provoke an attack from an easily provoked Trump? Start World War III? Commit mass suicide?

The icing on the cake is that the author of this nonsense is none other than Ken Dilanian, the former national security reporter for the Los Angeles Times, who was fired for having a "collaborative relationship" with the CIA. Yes, that got him fired from the Times, but it's a qualification rather than a negative as far as NBC is concerned.

If the Singapore summit hit them in an unexpected place – who knew that, months after the exchange of bloodcurdling threats between Trump and Kim, they'd be shaking hands and making peace? – then the Helsinki summit with Putin is the knockout punch. And the howls of pain arising from our hateful warmongering media, the Democratic party politicians they're in thrall to, and the phony "human rights" scamsters, are getting louder by the minute. We should all revel in their misery.

Trump campaigned on making peace with Russia: he has a mandate to do so. That, however, matters little to the "intelligence community" and their media camarilla, which is up in arms at the very prospect of a Russo-American partnership for peace. The national security bureaucracy and the laptop bombardiers who inhabit ThinktankWorld have a vested interest in maintaining a cold war status quo that should've ended when the Berlin Wall fell. They are horrified by Trump's "America First" foreign policy views, and they are out to stop him by any means necessary – because his victory meant the end of their worldview and their careers.

Our "allies" are in a panic because the free ride is over – that's why the German Marshall Fund is utilizing their extensive propaganda assets to mobilize elite opinion against the President. This is the kind of foreign "meddling" that's okay with our media, and, apparently, fine with law enforcement. No one's asking Laura Rosenberger to register as a foreign agent. But of course she is acting as an agent of all the Euro-weenies who subsidize her "Alliance to Secure Democracy."