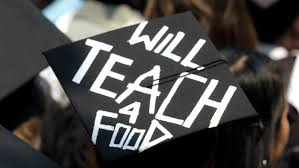 Back in the mid-1980s, when I was in the seventh grade, I took an occupational investigation class. If I remember correctly, there was a fairly stout textbook involved that listed nearly all the jobs and professions of the day. Earning a six-figure salary as a pilot stuck in my memory.

At the time, however, I was drawn to the lawyers of L.A. Law and the doctors on St. Elsewhere. I wanted to be an obstetrician like Cliff Huxtable on The Cosby Show. I knew any of these paths could be lucrative, but delivering babies seemed pretty rewarding.

Then I saw a character in a movie utter something about going six figures into debt to attend medical school. I was out.

The Changing Landscape of Higher Education

This came back to me recently when I saw a story on National Public Radio's website reporting on a growing trend: Earnings in vocational trades are on the rise, while the returns to a college degree are "softening." There are organic and artificial market signals at the root of this, and I'm not alone in having experienced both.