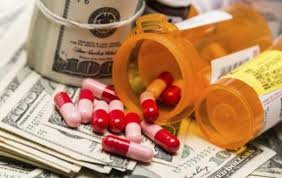 President Trump is draining the "medical swamp." The U.S. health care system is plagued by rampant fraud, abuse and profiteering carried out by dishonest doctors and pharmacists. In working to combat the rampant fraud, the DOJ has announced an unprecedented crackdown on medical fraud, charging over 600 people with criminal activities that involved over $2 billion medical fraud.

U.S. Attorney General Jeff Sessions delivered prepared remarks, saying, "This year we are charging 601 people, including 76 doctors, 23 pharmacists, 19 nurses, and other medical personnel with more than $2 billion in medical fraud. In this latest operation, with the help of our fabulous partners at HHS, we have charged another 162 people—including 32 doctors—with the illegal distribution of opioids. This is the most doctors, the most medical personnel, and the most fraud that the Department of Justice has ever taken on in any single law enforcement action.  This is the most defendants we've ever charged with health care fraud.  It's also the most opioid-related fraud defendants we've ever charged in a single enforcement action."