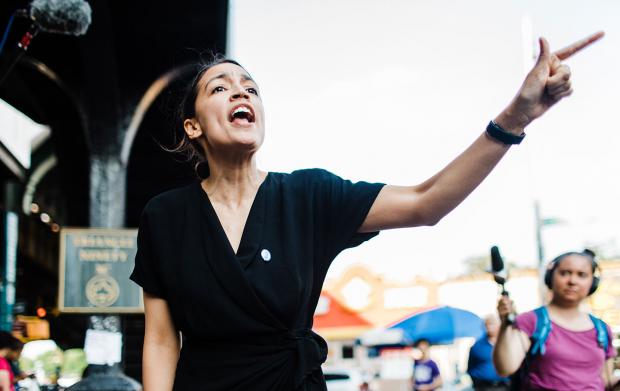 (Natural News) She calls herself a "Democratic Socialist," but in reality, 28-year-old Alexandria Ocasio-Cortez is a communist in disguise.

Worse, she just won a Democratic primary in New York City, unseating a 10-term Rep. Joe Crowley, who was being groomed, some say, to take over for House Minority Leader Nancy Pelosi, D-Calif.

In the only debate with she had with Crowley, she made it clear where she stands, politically.

"For 20 years our rents have been going up, health care has been getting more expensive and our incomes are staying the same," she said, as reported by the New York Post.

"Not all Democrats are the same and I am proud to be the only Democrat in this race that rejects all corporate money and champions and advances improved and expanded Medicare for all, a federal jobs guarantee, tuition-free public college and the abolition of ICE [Immigration and Customs Enforcement]," she said.

For those who aren't sure what "expanded Medicare for all" is, that's universal healthcare. That's Obamacare on steroids. That's expensive and untenable, economically; just ask the British.

Free tuition. Free healthcare. Government jobs. Open borders. Except for that last demand, Ocasio-Cortez sounds exactly like she should have stepped out of a time machine from 1960's China or the Soviet Union.

We know what happened to the USSR. It collapsed under its own weight because communism on a national scale is not sustainable. And why? When the state owns and runs everything, there is no motivation among the people to build a better widget or work efficiently or take pride in anything. After all, why bother? If you're not going to be allowed to make a profit, what is the point of making something better? Or something that people want?