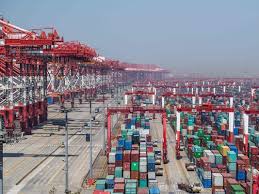 "We have to change our ways. We can no longer be the stupid country. We want to be the smart country." ~ President Donald Trump

This should come as no surprise.

Trump's economic nationalism, his protectionist mindset, and his ignorance and incoherence on trade were well known during his presidential campaign. As a candidate, Trump proposed that every car and car part manufactured in a Mexican plant "that comes across the border" will be subject to a 35 percent tariff. In one of the Republican primary debates, he proposed a 45 percent tariff on all imported goods from China "if they don't behave."

After Trump recently called for more tariffs on Chinese goods, Matthew Shay, president of the National Retail Federation, remarked: "This is just what we predicted: A tit-for-tat trade war has erupted and American families are caught in the middle. This reckless escalation is the latest reminder that Congress must step in and exert its authority on trade policy."

"Risking a trade war with more tariffs will only invite more retaliation that will cause significant harm to the U.S. economy," says a statement by The Business Roundtable, "an association of chief executive officers of America's leading companies."

Trump's former economic adviser Gary Cohn has warned that "trade conflicts with China and other countries could erase the economic gains from the GOP tax cut."

Some of the most ridiculous things that President Trump has ever said relate to trade. His speech on June 19 at the National Federation of Independent Business (NFIB) 75th anniversary celebration did not disappoint. (The NFIB is "the voice of small business, advocating on behalf of America's small and independent business owners.") "We have to change our ways. We can no longer be the stupid country. We want to be the smart country," said President Trump.

I agree. The United States should no longer be the stupid country when it comes to trade.

Stupid countries believe that trade is between countries.

Stupid countries think that trade results in winners and losers.