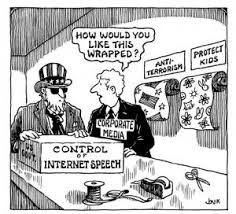 (Natural News) An independent media organization says that America currently operates under two systems of justice — one for the elite and one for the rest of us — while the FBI and Justice Department are "enemy combatants" that no longer faithfully follow or enforce the law.

Breaking All The Rules, or BATR.org, notes:

Sound thinking Americans must finally admit the truth. The rule of law only applies to defend government dominance and protect chosen establishment elites. By any reasonable standard of conduct the FBI and DOJ has proven that both organizations and cultures are corrupt to their core. Both Democrats and Republicans perpetuate the same perversion under the false claim that they are upholding the law. The courts no matter what jurisdiction operate as gatekeepers for the careerists…

It's hard to refute that assessment. (Related: The radical Left is not simply a political movement, it is a malignant form of aberrant mental illness that must be pruned from society if we are to survive.)

Just look at what we've learned regarding Hillary Clinton's tenure as secretary of state and Obama's "Spygate" operation against Trump.

Clinton essentially trafficked in classified information. Even then-FBI Director James Comey laid out in detail what FBI agents found regarding her mishandling of secret data via her unsecured, unprotected, and unauthorized private email server: "seven e-mail chains concern matters that were classified at the Top Secret/Special Access Program level when they were sent and received." He went on to note, "there is evidence of potential violations of the statutes regarding the handling of classified information," but then claimed "no reasonable prosecutor" would have taken up the case.

Of course, they would have. Seven email chains containing information classified at the highest levels being handled 'in the open' are serious violations of federal statutes including the Espionage Act. Not only should Clinton have been prosecuted, she would have been convicted if prior similar cases involving other people are any indication, and would likely have died in prison.

The US Government Threatens Tech Companies To Push Censorship Agendas

The only reason the media tries to cancel Joe Rogan: He terrifies them

"Nobody Should Trust Wikipedia" – Co-founder of Wikipedia Larry Sanger

How Media Consumption Evolved Throughout COVID-19

Amazon Buys MGM: What Does This Mean for You and Streaming?

Amazon Buys MGM: What Does This Mean for You and Streaming?

Microsoft, Google Abandon "Truce" As Tech Giants Turn On Each Other Amid Anti-Monopoly Pus