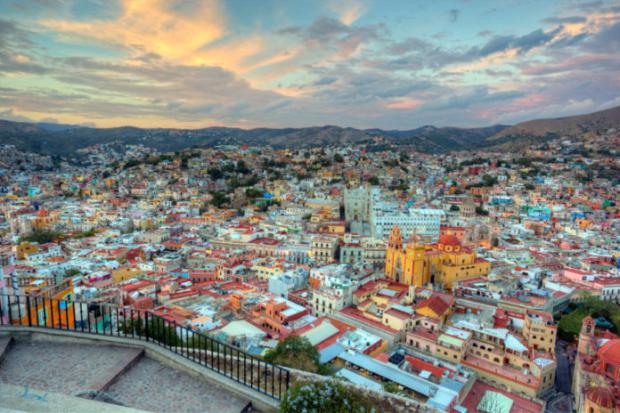 What would the United States look like right now if 113 political figures had been gunned down since last September?  Well, that is precisely what has happened in Mexico.  Once upon a time, Mexico had a thriving economy and a very stable government, but now the nation is devolving into a Mad Max society in which the drug cartels gun down any politicians that they do not like.  As you will see below, the murder rate has surged to the highest level ever recorded, and no end to the violence is in sight.  In fact, the drug cartels seem to just get more brutal with each passing day.  When the Mexican government has cracked down on one of the big cartels in the past, it has just seemed to cause four or five smaller ones to emerge to replace it.  At this point, none of the major politicians are speaking very specifically about going after the cartels, because they have seen what happens to political figures that do.  On July 1st, the Mexican people are expected to elect a radical leftist known as "AMLO" as their next president, and many anticipate that this will accelerate Mexico's downward spiral.  And everyone in the United States needs to pay close attention to what is happening in Mexico right now, because the exact same societal pressures that are causing Mexico to implode are percolating here as well.

Those that follow my work on a regular basis know that I like to carefully document everything that I write, and so let me begin by showing you that I did not make up the number of Mexican political figures that have been assassinated in recent months.

READ MORE  Why America's Trade War With China Will Be Absolutely Crippling For The U.S. Economy

According to Axios, 113 Mexican politicians really have been murdered since last September…

Since September, 113 candidates, pre-candidates, and current and former politicians in Mexico have been killed ahead of its elections, according to Etellekt, a policy consultancy in the country — and there are still about two weeks to go.

When I first heard that figure I could hardly believe it, and the carnage has intensified the closer that we have gotten to election day.

Earlier in June, within the span of 24 hours three female political candidates were shot dead.

Shortly after that, a prominent candidate for Congress was shot in the back of the head while taking a selfie with a supporter.

Nobody can possibly argue that Mexico is a stable society at this point, and this all comes at a time when Mexico's overall homicide rate has surged to the highest level ever recorded…

And So It Begins – 1000s Of Cattle Are Literally Dropping Dead...

In Mexico deaths were 50% higher for 8 months, then it starts Ivermectin…