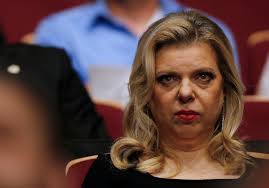 Attorney-General Avichai Mandelblit filed an indictment on Thursday against the prime minister's wife, Sara Netanyahu, for fraud with aggravated circumstances and breach of public trust in the "Prepared Food Affair" in an explosive development which shook the country.

When Leah Rabin was about to be indicted in 1977, then prime minister Yitzhak Rabin resigned from office due to his wife's scandal.

The expectation is that Prime Minister Benjamin Netanyahu is not considering such a move, but the indictment damages him politically in an atmosphere in which the Jerusalem Post recently reported he is likely to face an indictment announcement in the coming months or in early 2019.

Though the Post had learned around two weeks ago that an indictment would likely be coming down soon, there were continuous efforts to reach a plea deal down to the end, which left things up in the air and created an ongoing drama.

Other media had also reported in recent months that the actual indictment could be filed shortly after the Passover holiday, but then Netanyahu's defense lawyers approached Mandelblit with a dramatic offer.

They offered to return some of the funds Netanyahu is accused of obtaining fraudulently and to take public responsibility, as long as she would not be slapped with any kind of criminal record.

Ultimately, despite media reports that a deal might be near, the Post's sources proved correct that no deal was reached, leading to Thursday's indictment in the Jerusalem Magistrate's Court.

The trial is expected to start after the fall Jewish holidays and Netanyahu is not expected to get jail time even if convicted, but it was important to Mandelblit that she be given a criminal record for her actions.

The indictment was also delayed from May until now following Nir Hefetz, a former close adviser to the Netanyahu family, providing new evidence against Sara Netanyahu. Although Hefetz is primarily a state's witness against the prime minister for Case 4000 the Bezeq-Walla! Affair, he also provided material against Sara.

A pre-indictment hearing in January where Sara Netanyahu's lawyers asked Mandelblit to reverse his preliminary decision in September 2017 to indict her, also had failed to sway him, though Mandelblit issued a statement at the time that he "had an open mind" to their arguments.

In the Prepared Food Affair, the attorney-general alleged that from September 2010 until March 2013, Sara Netanyahu acted in coordination with then-Prime Minister's Office deputy director-general Ezra Seidoff to present the false misrepresentation that the Prime Minister's Residence did not employ a cook, even though it did during that time.