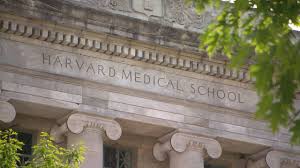 (Natural News) The thing about being a "progressive" is that sooner or later, you discover you're never quite radical enough to keep up with the "diversity" demands that dictate Leftist policies. Harvard Medical School, for example, has just announced it is ashamed of its white graduates who become doctors, and the school is in the process of removing photos of white doctors solely because they are people with white skin.

"Dr. Betsy Nabel, the hospital's president, told The Boston Globe last week that the portraits do not reflect the diversity of students at the medical school," reports Campus Reform. "[she] suggested that so many portraits of white males may make medical students uncomfortable." The solution? Eliminate white doctors from the halls of the school.

The new priority for Harvard Medical School, its president now admits, is "putting people of color in power." This means, of course, granting scholarships, raises and professorships to people based solely on the color of their skin rather than the merit of their actions. In other words, Harvard Medical School is now openly admitting it's going to start producing waves of doctors who aren't the most qualified. But they will possess certain superficial qualities — skin color, sexual orientation, gender, etc. — that qualify as "diversity" in the minds of Harvard overlords.

Being transgender, in other words, is more important than being a good doctor, according to Harvard Medical School. Remember that the next time you encounter a doctor who appears to be part of any "diversity" group.

Get more news like this without being censored: Get the Natural News app for your mobile devices. Enjoy uncensored news, lab test results, videos, podcasts and more. Bypass all the unfair censorship by Google, Facebook, YouTube and Twitter. Get your daily news and videos directly from the source! Download here.

It should be obvious to any intelligent, rational person at this point that if you have a serious medical condition in the future, you absolutely do not want to be treated by a graduate of Harvard Medical School. Even if you're not someone who judges people by the color of their skin, Harvard Medical School does, and it values skin color over qualifications, skills or proficiency. To make it through Harvard Medical School, it seems, you no longer have to be educated enough… you just have to be "diverse" enough.

Thus, a totally incompetent transgender immigrant will be granted a medical degree with full honors. But a white, heterosexual male with outstanding medical knowledge will be held back, denied positions of authority and denied career-determining opportunities merely because of the color of his skin. This, of course, is called, "inclusiveness" by the deranged Left, an insidious cancer on society that can now only be described as mass mental illness pretending to be "social justice."