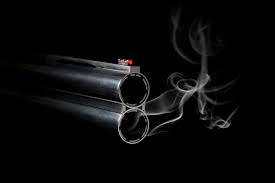 It happens all the time. Armed bystanders stop violent rampages. You might not hear about them because catastrophe is avoided–and we all know the mainstream media is out for blood.

Just this past Sunday an armed Walmart shopper stopped a crime spree that left one victim in critical condition and two others injured.

If that armed bystander hadn't intervened, the suspect would have certainly continued his spree. Because of the armed civilian, it is extremely likely that lives were saved.

Police had been called but had yet to catch up to the suspect. He was in the process of his sixth attempted carjacking when he was shot by a 47-year-old man.

The "Father's Day Hero" was out shopping with his family, and just happened to be carrying a firearm for defense of himself and loved ones.

We will never know how many lives were preserved, and how many tragedies avoided because that man took the protection of he and his family into his own hands. But not only did he protect his family, this armed citizen made everyone in his vicinity safer that day.

It all happened in, Tumwater, a medium-sized suburb of Washington state on a Sunday afternoon. It started at a gas station, and it ended in a Walmart parking lot.

[The suspect] approached a family and attempted to take their car but was not successful. He then fled the scene, drove the wrong way on Highway 101 and quickly exited into the City of Tumwater.

Day crashed the vehicle at the intersection of Tyee Drive and Israel Road SW, near Tumwater High School, police said.

He then left his car and attempted to carjack at least two other people, fired shots at the vehicles, and demanded owners abandon their cars. Day was successful in carjacking a third vehicle that he drove to Walmart, police said.

Upon arriving, officers found a 16-year-old boy and another victim suffering from minor injuries.

"As we were speaking to witnesses at that scene, we get another call of shots fired here at Walmart," Wohl said.

Was an innocent man framed for Bobby Kennedy's murder?

Under Pressure From Victims' Families, Biden Orders Release of 9/11 Documents