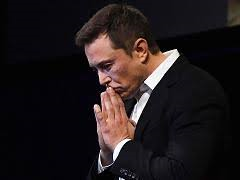 It was, however, the first time that Elon Musk directly blamed the Tesla fire, which supposedly took place at the company's paint shop on Sunday night, on corporate sabotage.

According to CNBC, in an email sent to all employees on Monday morning about the fire, Musk referenced possible sabotage. But it gets better.

The Tesla CEO, who one month ago had a historic earnings call meltdown in which he cut off not one but two sellside analysts for asking "boring questions" (what they really wanted to know is what was the cancellation rate on Model 3s), also sent an e-mail to Tesla employees at Tesla late on Sunday night not only alleging, but also detailing that he has discovered a saboteur in the company's ranks.

That said, there is very little disclosed of said mystery saboteur, except that it was a "he":

I was dismayed to learn this weekend about a Tesla employee who had conducted quite extensive and damaging sabotage to our operations. This included making direct code changes to the Tesla Manufacturing Operating System under false usernames and exporting large amounts of highly sensitive Tesla data to unknown third parties.

The full extent of his actions are not yet clear, but what he has admitted to so far is pretty bad. His stated motivation is that he wanted a promotion that he did not receive. In light of these actions, not promoting him was definitely the right move.