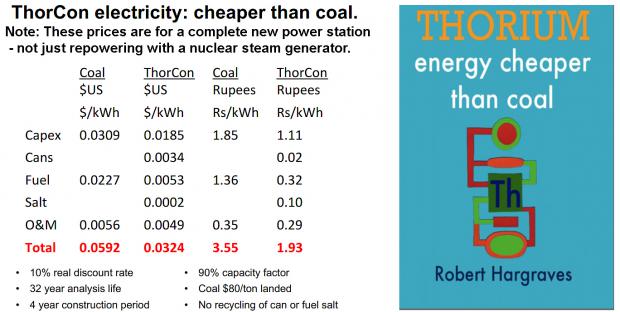 In 2015, three state-owned companies in Indonesia signed a memorandum of understanding with a U.S.-based firm called Martingale. They agreed to conduct a feasibility study on how Martingale's design for a thorium salt reactor it calls ThorCon could be brought to the Southeast Asian nation.

Effendi was asked to join the energy working group of the National Economic and Industry Committee, or KEIN. The committee reports to the president and helps formulate a long-term strategy for economic growth. Effendi says the committee was asked by the energy ministry to develop a nuclear roadmap that focuses on economic feasibility and takes into account new technologies. A roadmap does not mean a concrete plan is in place.

ThorCon is a liquid-fuel fission power plant, under development in the US, to be built in a far-east shipyard, then floated to Indonesia, with testing starting in 2021. It generates emission-free electric power, cheaper even than from a coal-fired plant. Its full-time electric power will improve developing nations' economies and lifestyles, while also dissuading them from burning fossil fuels which emit CO2.