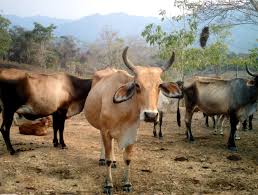 Something has been happening in Venezuela these last few days: the seizing of cattle, food, and staples from the production sites, by the so-called "authorities" that are not such. In the past years, factories such as GM and Kimberly Clark were seized by the government, and many other means of production have been taken from citizens. Then, they fell into disrepair and production stopped in many cases.

As I mentioned in previous posts,  I have seen some small producers getting their production weekly in some like 3 or 4 cars, just for some money and buying the rest of the needed staples that they don´t produce, as anyone smart enough should do. I have been thinking of some ways to deal with both thieves, those who come with AKs and the other ones, and the answer seems to be concealment at levels never seen in the country.

What would you do if someone came for your cattle and harvest?

Do not think it can never happen.

This is not unique

I have read about some situations in SouthAfrica with the Mau Mau movement, where violent attacks were executed on the farmers. As I am not getting paid for writing about South Africa´s apartheid, I won´t elaborate on this.

The reasons for this attacks and what is happening in Venezuela are quite different: in this last one, the objective is social control, as well as personal profit of the guys toting the big guns. In SouthAfrica, the Kikuyus were there before the Brits, so their rebellion should be reasonable for libertarians (their methods could be rather questionable, though).

How can you protect your livestock?

I would like to elaborate now on how to deal with something that. Here are Let me elaborate, as a prepper, about some means to try to mitigate or give a twist to that awful situation.

I honestly can´t say how to hide cattle in a way that they can´t be found and be totally protected from rustlers. I am a city boy so please forgive, but I promise to do my best.

My days of visiting the customer´s farms with my dad are over. Perhaps some of you out there could have some better ideas, but here are some of mine that could be useful. And I truly hope that you never have to use them. It is likely that farmers could be forced to participate in a cattle census, or inventory of the herd or whatever you call it in your region. (Note: Remember how folks in North Carolina had to "register" their chickens for their own safety? ~ Daisy)