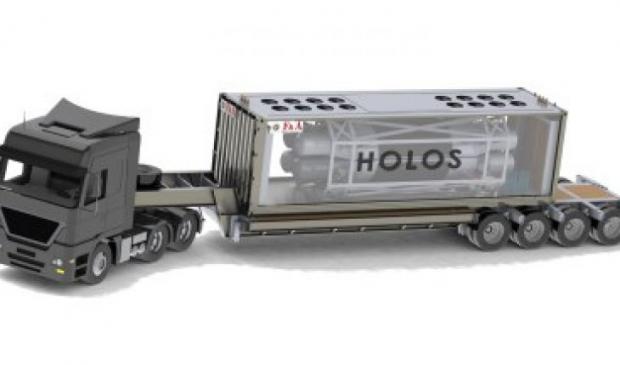 HolosGen, LLC – Manassas Park, VA
Transportable Modular Reactor by Balance of Plant Elimination – $2,278,200
The HolosGen team seeks to develop a transportable, gas-cooled nuclear reactor with load following ability. By using a closed Brayton cycle engine with components connected directly to the reactor core, the team expects to simplify plant construction, leading to lower costs and shorter commissioning times. The reactor can be packaged in a standard shipping container, making it highly portable and reducing cost. The team aims to demonstrate the viability of this concept using multi-physics modeling and simulation tools validated by testing a non-nuclear prototype.

Yellowstone Energy – Knoxville, TN
Reactivity Control Device for Advanced Reactors – $2,599,185
The Yellowstone Energy team seeks to develop a new reactor control technology to enhance passive safety and reduce costs for its molten salt reactor and other designs. Materials embedded in the control rods will vaporize at elevated temperatures, producing a vapor that captures neutrons and slows reaction rates, even in the absence of external controls. The team will use simulation tools to determine the effectiveness of the control device and conduct a techno-economic analysis at the plant level to determine cost effectiveness.

General Atomics – San Diego, CA
Improved Load Following in an Advanced Nuclear Plant Using a High-efficiency Brayton Cycle with
Variable-speed Generator – $1,455,762
The General Atomics team seeks to develop a detailed and dynamic model of a nuclear power system using a helium-driven Brayton cycle engine (a type of heat engine). The team will use a variable-speed turbo-generator that will allow operators to control the plant temperature, as well as power electronics to connect the plant to the grid and provide rapid load-following, the important ability to increase or decrease power output based on demand. A quantitative assessment will be done on the "continuous" load following capability of the proposed system that would be capable of sharing the grid with substantial renewable resources like wind and solar.