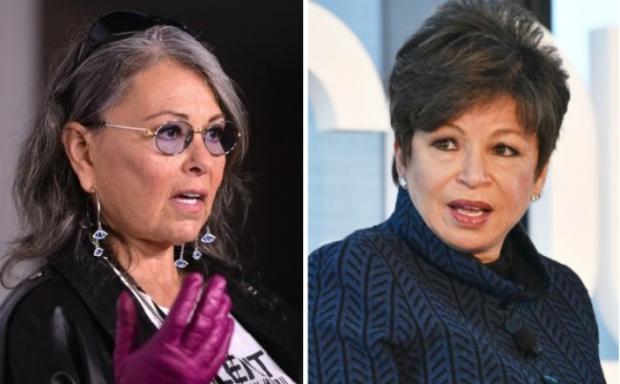 Roseanne, one of the most popular series of all time and the most highly rated show at the present moment, has been unceremoniously cancelled by ABC because of a single tweet—a "racist" tweet, according to everyone in Big Media, including and tellingly Big Conservative media—fired off by its leading lady.

Roseanne Barr tweeted on Tuesday that Valerie Jarrett, senior adviser to Barack Obama, looked like the offspring of the Muslim Brotherhood and The Planet of the Apes.

Jarrett, as it turns out (and this was news to some of us) has some African ancestry. Thus, Barr's ape reference in connection with Jarrett has been ruled by Respectable Society as an act of—what else?—racism!

Those in Big Conservative media are busy complaining (as usual) about "the double standards" of their leftist counterparts.  Yet they have been just as tenacious in condemning Barr for her "racist" tweet as the latter.

First, there is a vast, omnipresent industry in this country that few people are willing to recognize for what it is: the Racism-Industrial-Complex (RIC).  The agents and profiteers of RIC absolutely need to further the perception that what they call "racism" is an incorrigible, "systemic," "structural," or "institutional" feature of daily American life.  The term "racism," though spoken of as if it had a unitary, self-evident meaning, is used in wildly disparate contexts: From Nazis to the Klan to Paula Deen and, now, Roseanne Barr, apparently, a racist is a racist is a racist.

Obviously, however, a term that's been made this elastic has been divested of meaning. A definition is in order.  But this is exactly the point:

The Titans of RIC—activists, academics, Diversity consultants, politicians, and a whole lot of other folks—cannot permit closer inspection of "racism."  The term must remain chameleonic. Its value derives precisely from its abstract character, its readiness to be enlisted in the service of the cause of the day.

We cannot approach this controversy within which Barr has embroiled herself without understanding it in the light of RIC, an industry more immense than any other and from which untold numbers of people regularly reap benefits of every conceivable sort.

For starters, she remarked on Wednesday that she didn't even know that Jarrett was black.  This is eminently credible, for neither did I know that Jarret is (partially) black.  In any event, it's far from clear that she is of any African ancestry. This being said, if it's not "racist" to liken Ronald Reagan, George W. Bush, and Donald Trump to monkeys, since they are not black, then shouldn't it follow that neither is the same kind of remark aimed at a person who is believed to be non-black "racist?"

Furthermore, let's suppose that Barr knew that Jarrett was black.  So what?  Unlike "nigger," which has a history explicitly, uniquely peculiar to blacks, derogatory monkey references to humans have no such history.  It could've easily been the case that Barr likened to an ape, not a black woman, but a woman who happened to be black.

Quentin Tarantino Jokes About Quitting While He's Ahead: 'Most Directors Have Horrible Last

Kevin Spacey set for return to movies with paedophilia drama

From Deal Frenzy to Decoupling: Is the China-Hollywood Romance Officially Over?