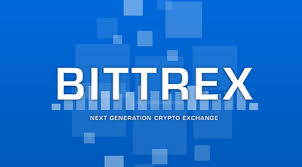 Bittrex, along with exchanges such as Binance and Upbit, has been gradually weaning itself away from tether, which for a long time was the only dollar-based hedge available. It has been speculated that the desire to list other stablecoins, and to eventually pivot to USD, was partially born out of a desire to be less reliant on the notoriously opaque tether. Whatever the reasoning, Bittrex has now secured the banking facilities necessary to enable fiat-crypto trading, and in Malta Binance is believed to be following suit.

Initially, the Seattle-based exchange will offer the USD paired against BTC, tether (USDT), and TrueUSD. This means that traders can swap between dollar-pegged tokens, which could be useful in the event of needing to send dollars to another exchange, or in the event of a stablecoin slipping from its dollar peg, as previously happened to TrueUSD upon news of its Binance listing. Bloomberg reports that Bittrex has inked a deal with New York's Signature Bank. This will allow corporate clients in certain US states to make fiat deposits. While retail investors will be unable to benefit from this facility initially, Bittrex hopes to eventually roll the service out to all users who reside in states where it is licensed. As of today, May 31, corporate traders in Washington, California, New York, and Montana can make fiat deposits. Due to the restrictions in place, which will prevent the majority of Bittrex' three million users from being able to participate, USD trading volume is likely to be low to begin with.